A shoot from the Tree of Gernika in Azurmendi 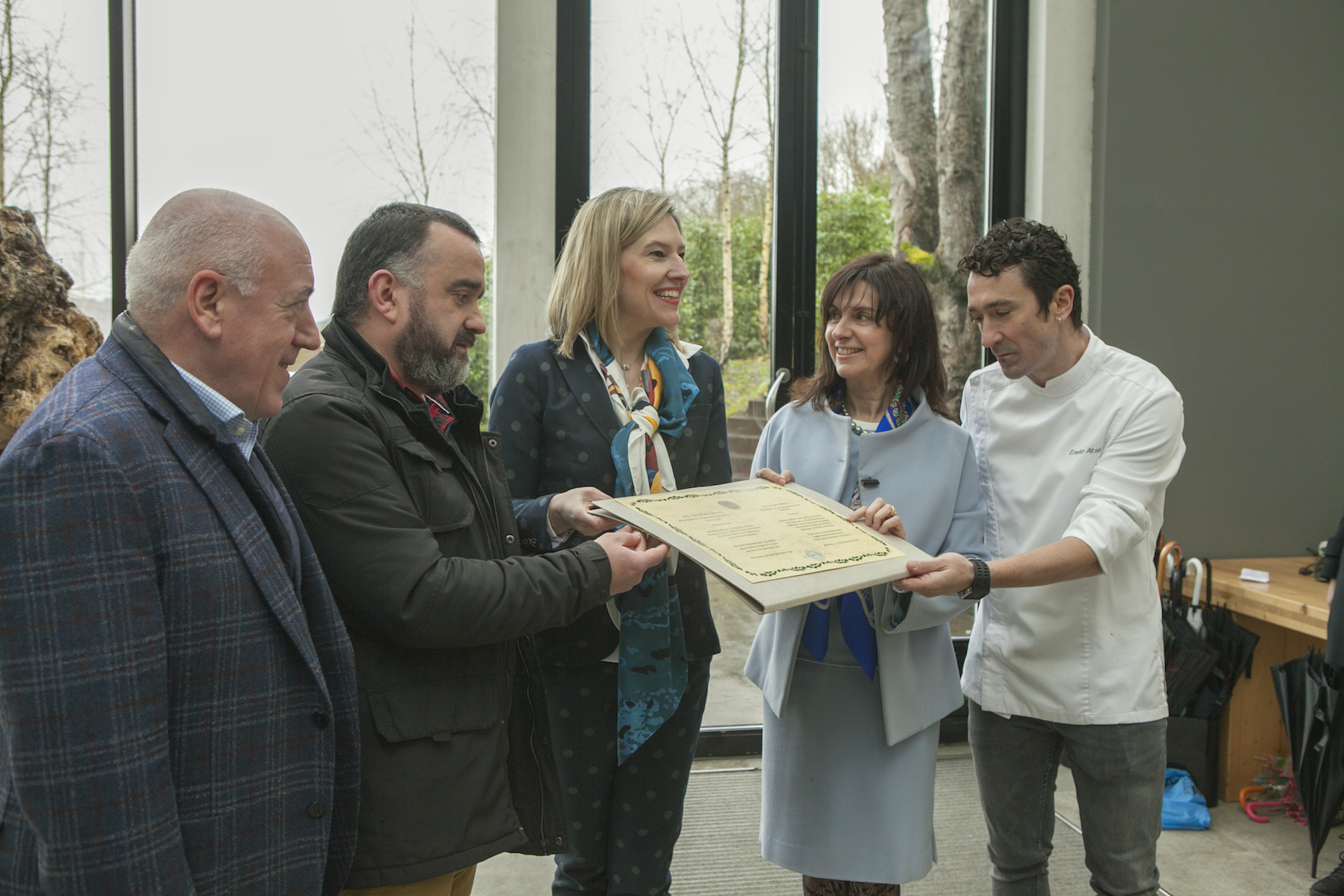 Finally, the mayor of Larrabetzu, Iñigo Gaztelu, spoke about the framework of collaboration that Azurmendi restaurant has with the consistory in the matter of composting, and how it is involved in promoting recycling in the municipality in the field of restoration.

Later, while listening to the notes of the song Gernikako Arbola by Jose Maria Iparraguirre’s, the attendees performed the symbolic act of throwing dirt at the base of the tree’s trunk. The aurresku dance of honor and the delivery of the certificate that accredits the tree as the offspring of the Tree of Gernika finalized this simple and sincere act. 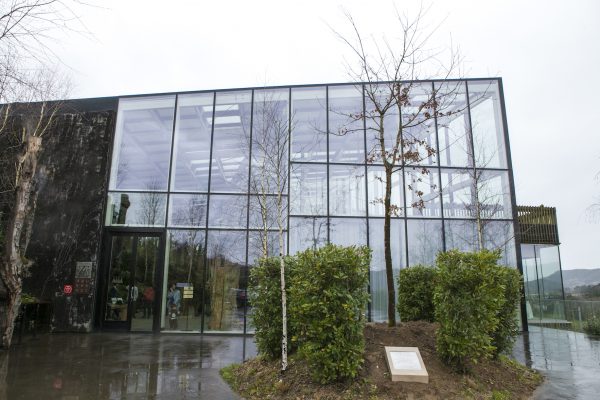 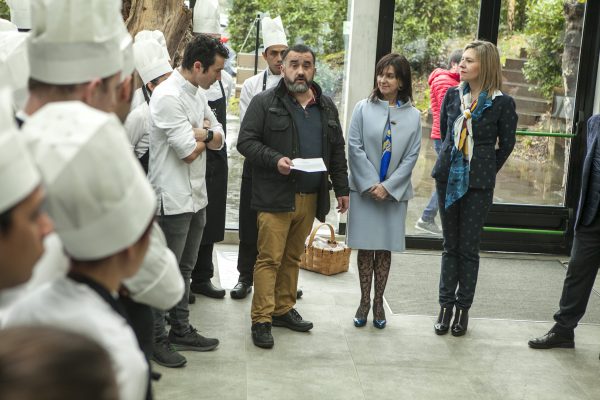 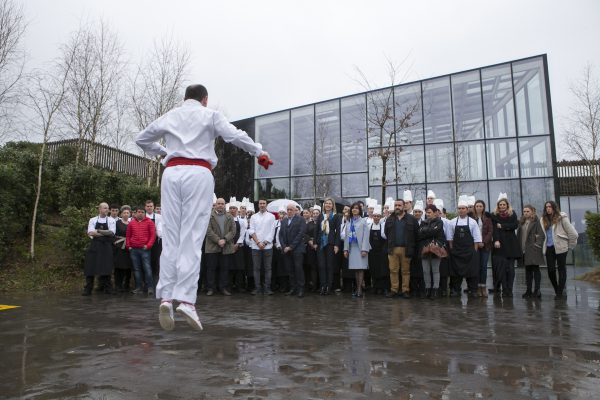 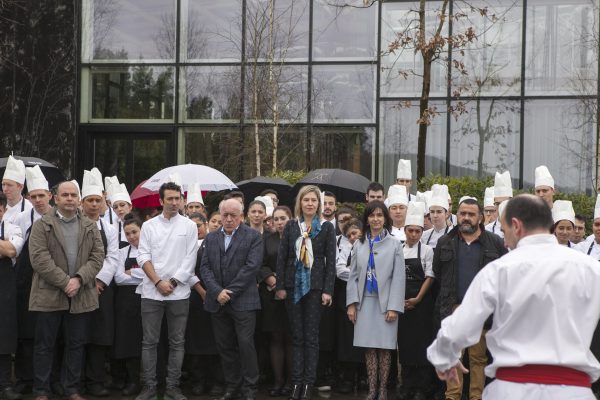 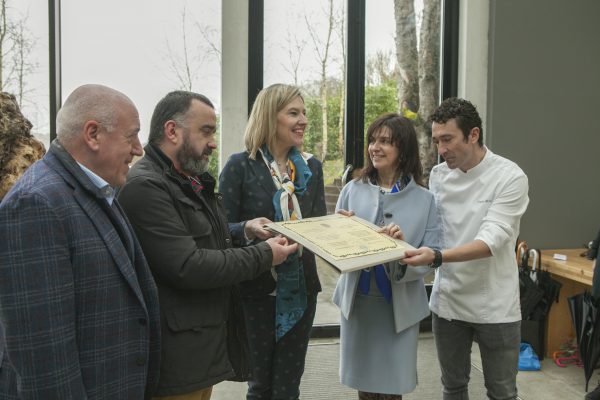 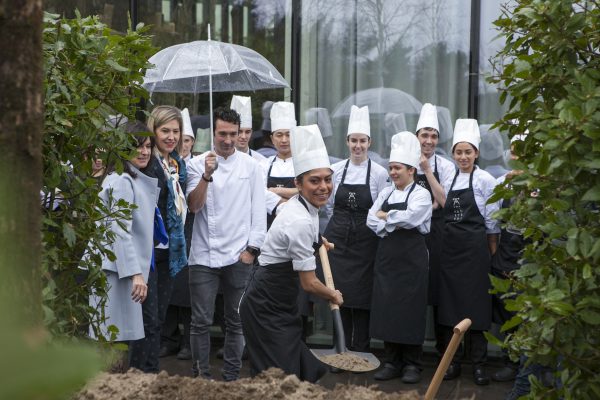 The president of the General Assembly of Biscay, Ana Otadui, has offered a shoot from the Tree of Gernika to Basque Know How Foundation for the work that the foundation does in the transmission of the Basque cultural heritage. This shoot is about 5 meters high and has been planted in the official headquarters of the foundation, in the Azurmendi eno-culinary complex of Eneko Atxa.

The institutional act took place this past February 14 at 11:45 at the entrance to the restaurant, and the director of the Lorea Uribarri Foundation was in charge of welcoming the attendees with a few words of thanks. Afterwards, the president of the Assembly took the floor, which highlighted the foundation’s commitment to sustainable development and praised their objectives: “Preserving the cultural, social, and territorial heritage through innovative and collaborative projects that generate value.” She also endorsed the phrase “We have not inherited the land of our ancestors, but rather we have borrowed it from our children”, which she fully identifies with.

Chef Eneko Atxa and patron of the Basque Know How Foundation could not miss the event, and remembered the meaning the Tree of Gernika has for Basques. He has also expressed his feelings when transmitting the values ​​he represents to his team, which is made up of people from different parts of the world.